When Sophia's brother confronted his fiancee about being a double agent, she killed him. But since Sophia mentions her brother all of maybe six times, this reason had little impact and seemed contrived rather than realistic — especially when compared to the more valid and emotionally understandable reasons for her hesitation to get involved with Adrian physically again.

There are some seriously twee moments in this story, too. Sophia's nose itches. All the time. Every sign of imminent danger, her proboscis is like a scratchy sixth sense. Someone's following them? They're in imminent danger? She thinks about someone who might have something to do with the case they are working on, and might possibly have more information to share?

Imagine how useful this would be in real life: you're heading to the checkout at the grocery store. I forgot to get orange juice! 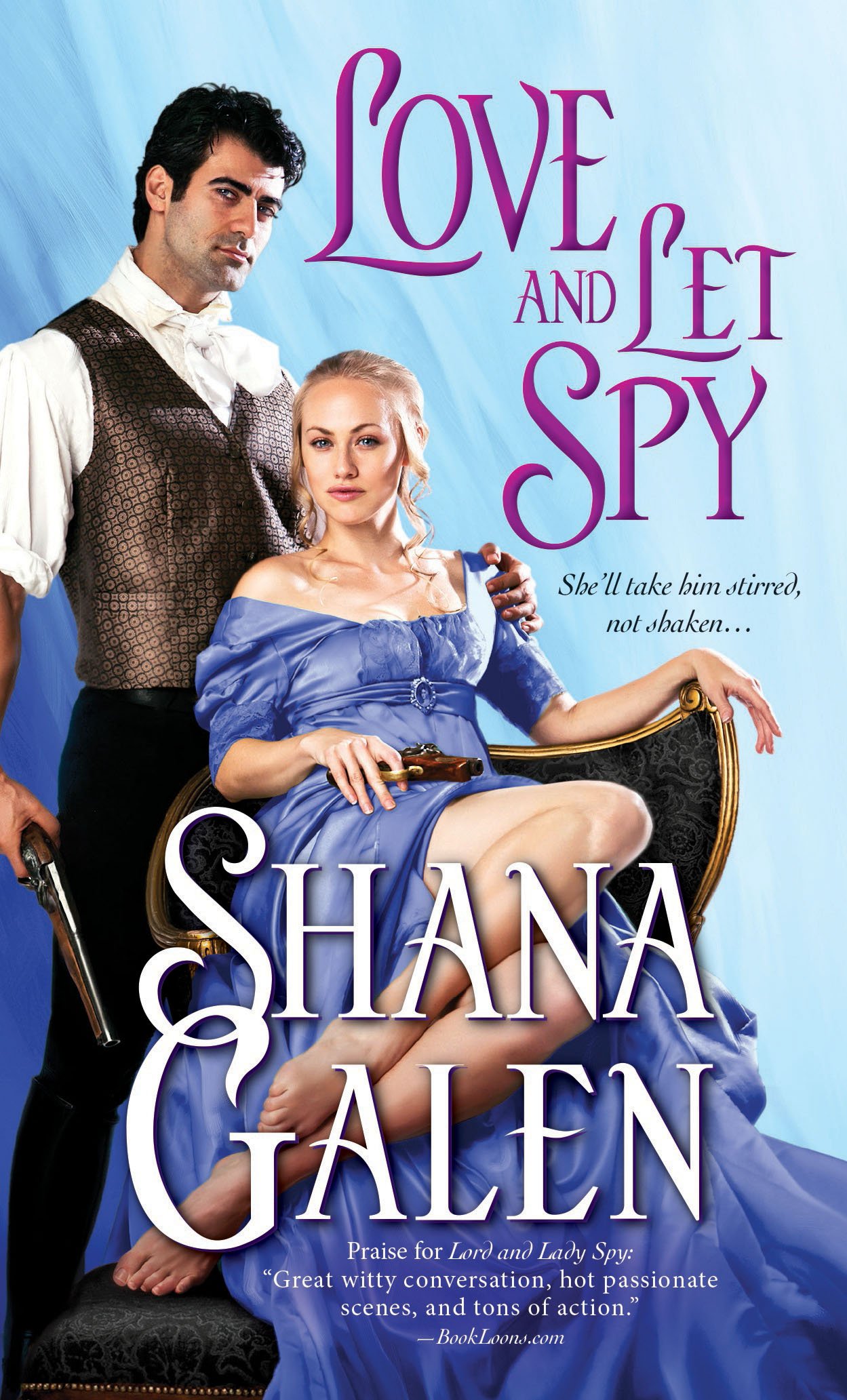 Of course this bit of itchery isn't easily accepted by Adrian, who prefers a very logical and rational method to his investigations which, unfortunately, we as readers only see a tiny glimpses of, such as in a later scene when he shows Sophia his incredibly awesome file collection. Most of the investigating is led by her more intuitive method, and he spends a lot of time grousing about it until he is forced to admit that it's effective.

The whole nose-itching thing made me irritated, though, because in my opinion it was demeaning, especially for a character who at times had to convince her own husband that she had the skills necessary to be an operative on his level. She was excellent with a knife, but she was a lousy shot, while he didn't really have any skill deficiencies except for a lack of allergy-signals in his nostrils. His nose didn't itch and he didn't follow his itchstincts like she did. The fact that her skills in itchvestigation were based on some other force at work, her itching nose instead of, say, her brain, was demeaning, and reduced her a good bit to some sort of magical pixie sprite spy version of Samantha from Bewitched.

It made me … twitchy. One last complaint before I get to the good stuff: so many times Galen mentions that Adrian's hair is dark blonde.

In fact, she mentions it every time he runs his fingers through it, which he does about once a chapter. First, the repeated mentions of his hair color were distracting and unnecessary. Second, they kept drawing my attention back to this:. In the end, I was more interested in the emotional development between Adrian and Sophia than I was in their mission, especially in the end because a villain who had not been mentioned before became the likely culprit.

The bad guy was like a Patricia Cornwall villain who shows up near the end of the book conveniently smelling like maple syrup. Moreover, said villain was so stereotypical, he might as well have twirled a mustache and laughed maniacally while he explained his whole plan to them both while they dangled in a cage made of spaghetti over a tank full of sharks with freaking laser beams on their heads. The emotional development between the two characters was really, really enjoyable, and I liked that they had to learn to work together and live together and be married to one another all at the same time — it was quite different from many historical plots.

Adrian and Sophia had a lot of things to work out for themselves, some of which magically disappeared as if enough pages and time had passed for Adrian or Sophia to get over them, and some of which remained realistically unsolved by the end of the book, though each was in a much better place at the end than where they started. The issues such as their attempts to have a family, and the real emotional pain both clearly felt about their marriage, their intimacy, their families, and their respective loneliness, were compelling, and the scenes with Sophia and Adrian battling, debating and learning to recognize and understand one another were the most enjoyable parts of the book.

As frustrated as I was with the investigative storyline, the emotional power of the romance between them was satisfying. Writing this review was actually kind of difficult because I did enjoy reading the book, but only upon having to think back and think about what I read did I find that my list of bothersome things was so long.

I was afraid this was Mr and Mrs. The Mr. Smith thing made me twitchy too. But then I started thinking. I remember reading in an introduction to A Tale of Two Cities that the spies and their social position were pretty accurate, and that John Andre was held up as a shining exception not only because he was dumb enough to get caught but because he actually refused to sell out his country to save his life.

No Earls Allowed. To see what your friends thought of this book, please sign up. To ask other readers questions about Lord and Lady Spy , please sign up. Then another man shows up named Lucien Ducos who kisses his mistress. Is the hero Lucien? If so, I will not be reading this. Also read someone's review where the hero threatens to kill the heroine if she cheated on him. Sounds like double standards. See 1 question about Lord and Lady Spy….


With the same average, everyday, boring problems. Except for the part where they're each unbeknownst to the other spies for the British government, who end up vying for the same contract in order to win the prized spot on the intelligence team. Which leads to all kinds of surprises for both parties. So yes. This is a cliche, silly, over the top, Regency is this Regency? Complete with the Lord and Lady Smythe. Complete with the meet-cute fight scene - during which Mr. Smythe learns what the term fight like a girl really means. Turns out, there's a lot of pent-up sexual frustration between these two.

Of course, for contrived reasons, they decide to work together despite their trust issues. And after a rocky start end up working everything out, catching the bad guy, and falling in love. If you're looking for a historically accurate romance, look elsewhere. But this was just what I happened to be looking for, so none of it bothered me at all.

In fact, I had so much fun reading this I've already got the rest of the books in this series on hold already.

I don't even know how to begin with this one. The stupidity made my brain seep out of my ears. The characters' immaturity made me seriously consider throwing my ereader at the field stone chimney in my living room. I wish I had a bottomless pit in my backyard to chuck this badly-conceived, idiotic, repetitive, anti-climactic, boring piece of crap. Pitch A Bad Regency. Save a Persian.